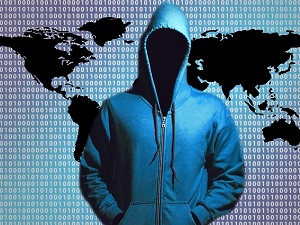 Amazon has a problem.

If you’re an Amazon shopper, that means you have a problem.

The company recently revealed that more than a hundred sellers using the company’s platform were victims of what the company is describing as an “extensive fraud operation.”

Only a few specifics are known about the conduct of the fraud operation. The best available evidence suggests that the hackers behind it employ phishing tactics to trick Amazon sellers into giving up their login credentials, which allows them to bypass Amazon’s robust built-in security protocols.

Once they have the access they need, the fraudsters move quickly to change the seller’s bank details to accounts they control, most commonly Barclays and Prepay accounts.  As a result, any time a customer makes a purchase from them, the money flows not to the seller, but to the hackers.  Since the seller never gets the money, they never send the product, which means that the person buying from them gets stuck holding the bill.

In their formal statement regarding the matter, Amazon made it clear that neither Barclays nor Prepay were in any way directly involved in or responsible for the bad actors misusing their accounts, stressing that they had simply become “innocently mixed up in the wrongdoing.”

There are a few tells to be on the lookout for when shopping on Amazon that point to the possibility that a seller has been compromised.

The product descriptions will often be poorly written and riddled with spelling errors.  The prices will sometimes be wildly inflated, and when you read user product reviews for the item in question, they’ll often describe a completely different item than the one you think you’re buying.

If you see any of those signs, contact the seller and steer clear until they’ve investigated the matter and resolved it.