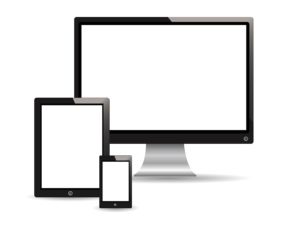 You almost certainly do not know the name Hugues Anguelkov.  He’s an intern working for Quarkslab, where he spends his time researching potential security issues.

He’s also a bit of an unsung hero because he recently uncovered a string of five devastating vulnerabilities in the Broadcom wl driver and the open-source brcmfmac driver for Broadcom WiFi chipsets.

That’s significant because it turns out that these drivers are used in a staggering array of equipment around the world.

“You can find these chips almost everywhere from smartphones to laptops, smart-TVs and IoT devices.  You probably use one without knowing it, for example if you have a Dell laptop, you may be using a bcm43224 or a bcm4352 card.  It is also likely you use a Broadcom WiFi chip if you have an iPhone, a Mac book, a Samsung phone or a Huawei phone, etc.  Since these chips are so widespread they constitute a high value target to attackers and any vulnerability found in them should be considered to pose high risk.”

He goes on to say that two of vulnerabilities he found are present in both the Linux kernel and the firmware of certain Broadcom chips. He added that the most common application, from a hacker’s perspective, would be to utilize them to launch a remote denial of service attack.

In all, this vulnerability impacts equipment made by a staggering 166 different technology vendors worldwide, which means that it’s incredibly likely that you’re using a vulnerable piece of equipment right now.

The good news is that Broadcom is currently working on the issue and although no firm timeframe has been given for when we might expect a fix, given the scope and scale of this issue, the company is certainly motivated to make it happen quickly.  For the time being, there’s not much for you to do here, other than be mindful that the issue exists and be on the lookout for a fix from Broadcom.