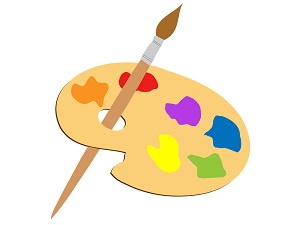 Back in July 2017, Microsoft created a bit of an uproar when they released a build of Windows 10 that promoted their new Paint 3D app.

Paired with the new arrival was an announcement that the classic Windows Paint program would be deprecated and ultimately removed from the OS in subsequent versions.

Paint has been part of the Windows ecosystem and landscape since the very beginning.  It has little to recommend it, featuring only the most basic of functionality and a skimpy set of features.  Given that, the company was amazed at the outcry from the user community when the announcement was made.

Despite its many shortcomings, it turns out that the little program was much loved, and its diehard core of users rabidly defended it.  As a result, the company gave MS Paint a stay of execution, but insisted that the day would inevitably come when the program would be no more.

The company’s stay of execution took the form of leaving paint, but each time a user opened it, they’d receive a message in the form of a pop-up box that read:  “Product alert:  Paint will soon be moving to the Microsoft Store.  Don’t worry; it will still be free to download once it moves there.”

That was the situation for more than a year, but then, the message suddenly vanished. This renewed concerns that the aging program might be back on the chopping block.

Microsoft recently confirmed, however, that for the time being, Paint isn’t going anywhere. They reaffirmed that if and when it is removed from the OS, it will still be freely available as a download.  If you’re a fan or even an occasional user of MS Paint, that’s good news.  Say what you will, but the venerable program certainly has staying power.