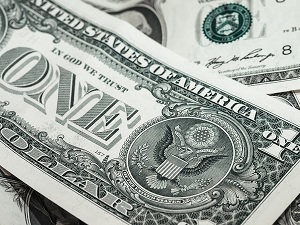 If you haven’t heard of the GrandCrab ransomware strain, it’s something you should put on your company’s radar.  It first emerged as a viable threat in early 2018.

Since that time, its creators have been constantly tweaking and honing their approach, turning it into a devastatingly effective strain.

The latest version GrandCrab 5.2 was released in February 2019, and researchers at Crowdstrike have been digging into both the software and the operating tactics of the group responsible for it.  Their findings are disturbing to say the least.

The creators of GrandCrab are essentially operating their software under and affiliate scheme, where the owners of the software deploy it on behalf of hacker clients, offering it as a service for hire in exchange for 30-40 percent of the profits.  The company is even advertising on black hat forums and across the Dark Web, using ads designed specifically to pique the interest of other hackers in the community.

In addition to that, GrandCrab’s creators are ramping up their own efforts. They are increasingly ignoring smaller targets in preference for large companies with sprawling global networks, seeking a greater infection percentage (and a correspondingly higher payday).

The plan works like this:  Once they get a hold inside a corporate network, rather than triggering the infection immediately, they explore the space and try to use their beach head to expand the number of machines their infectious software resides on.  Only when they’ve achieved deep network penetration that spans a large percentage of the company’s networked machines do they trigger the infection. This results in the mass encryption of files across much (if not all) of the target network, instantly bringing the company to its knees.

The researchers have taken to calling this approach ‘Big Game Hunting’ for obvious reasons., It is proving to be brutally effective because statistically, infected companies are more likely than not to pony up the ransom money being demanded.

All that to say the hackers are getting increasingly savvy and organized.  Don’t let your guard down.