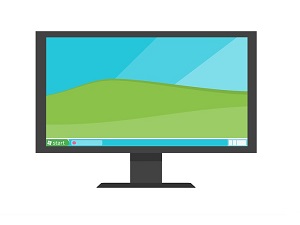 Microsoft is slowly inching closer to a mainstream release of a new version of its Edge Browser for Windows 10, this one based around Chromium technology.

Any member of the Windows Insiders group can get access to the early build if they want a sneak peek at what’s to come.

The company has promised beta builds in the months ahead, along with builds that are Windows 7.8.1 and Mac OS compatible.

If you decide to take a look at the current state of the code, it’s important to remember that the new Edge should still be considered in pre-Alpha state and is focused on the basics for the time being. That means there’s not a lot in terms of functionality just yet.  In fact, at present, the new Edge looks more or less like the old Edge, minus language support, PDF support, tab sweeps and smooth scrolling.

Consider it to be a scaled back version of the current Chrome browser with built in MSN news feeds.  As such, these early builds may be of interest to enthusiasts, developers and early adopters who want to start getting a handle on the state of things to come. Honestly though, a casual user won’t find much of interest here.

While Microsoft has had a poor track record where its browsers are concerned, the hope is that their new offering designed with Chromium at the core, will be more of a success. They hope to leverage the vast strengths of industry leader Google.  That, however, remains to be seen.  Even so, there is undeniable value to developers and a few other select groups to get in on the fun now so they can develop a better understanding of the shape and direction of the new Edge as its contours begin to emerge.