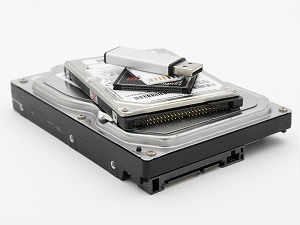 Microsoft recently issued an important support document that your IT staff needs to be aware of.

In part, their notice reads as follows:

If you have one or more machines on your company network with USB-connected drives or SD cards attached, you’ll get an error message explaining this as a reminder, and you will not be able to proceed until those devices have been unplugged.  The company has also assured users that the inappropriate drive reassignment issue will be addressed in a future build.

By and large, this isn’t a major issue because few (if any) machines actually run their OS’s from such a drive. So, the workaround is a fairly simple one, but there is an added wrinkle to consider.  The blocking mechanism only works if you’re running the April 2018 or October 2018 builds (versions 1803 and 1809, respectively).  If you’re running an older version of Windows 10, even if you have a USB-connected drive, you won’t be blocked from receiving the update.

At this time, it is unclear what exactly caused the issue in the first place and the company has not established a firm time frame for when it will be addressed. Again, it’s not something that is especially difficult to get around, although it will add slightly to the overhead needed to keep the machines on your company’s network completely up to date.

Note that as the name implies, the updated is slated for release in May 2019, and Windows 10 users can delay the company’s semi-annual update if they wish to do so.