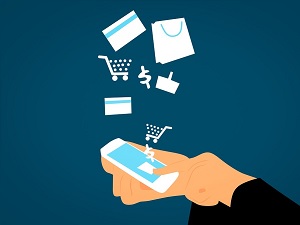 Researchers at Kaspersky Lab have been tracking a disturbing new trend.

In the first quarter of 2019, the company has noted a massive 58 percent increase in modifications of various banking Trojan families that have been used in attacks against more than a quarter of a million users around the world.

This increase is troubling in that it paints a picture of hackers taking much more interest in and developing tools that are specifically designed to target users who access banking services from mobile devices, which is a target rich environment indeed.

The company had this to say about their findings:

“As is customary, first place in the Top 20 for Q1 went to the DangerousObject.Multi.Generic verdict (54.26 percent) which we use for malware detected using cloud technologies.

Cloud technologies are deployed when the antivirus databases lack data for detecting a piece of malware, but the company’s cloud already contains information about the object.  This is basically how the latest malicious programs are detected.

The rapid rise of mobile financial malware is a troubling sign, especially since we see how criminals are perfecting their distribution mechanisms.  For example, a recent tendency is to hide the banking Trojan in a dropper – the shell that is supposed to fly to the device under the security radar, releasing the malicious part only upon arrival.”

The bottom line is that if you use your mobile device to access banking services of any kind, be aware that you are increasingly seen as a target.  In fact, given the latest findings, you’re rapidly becoming the preferred target of a growing body of hackers.

As ever, your best defense is vigilance.  Don’t install apps from untrustworthy sources. Before adding any new app to your phone, do some due diligence to minimize your risk of inadvertently installing something not just unwanted, but incredibly dangerous.